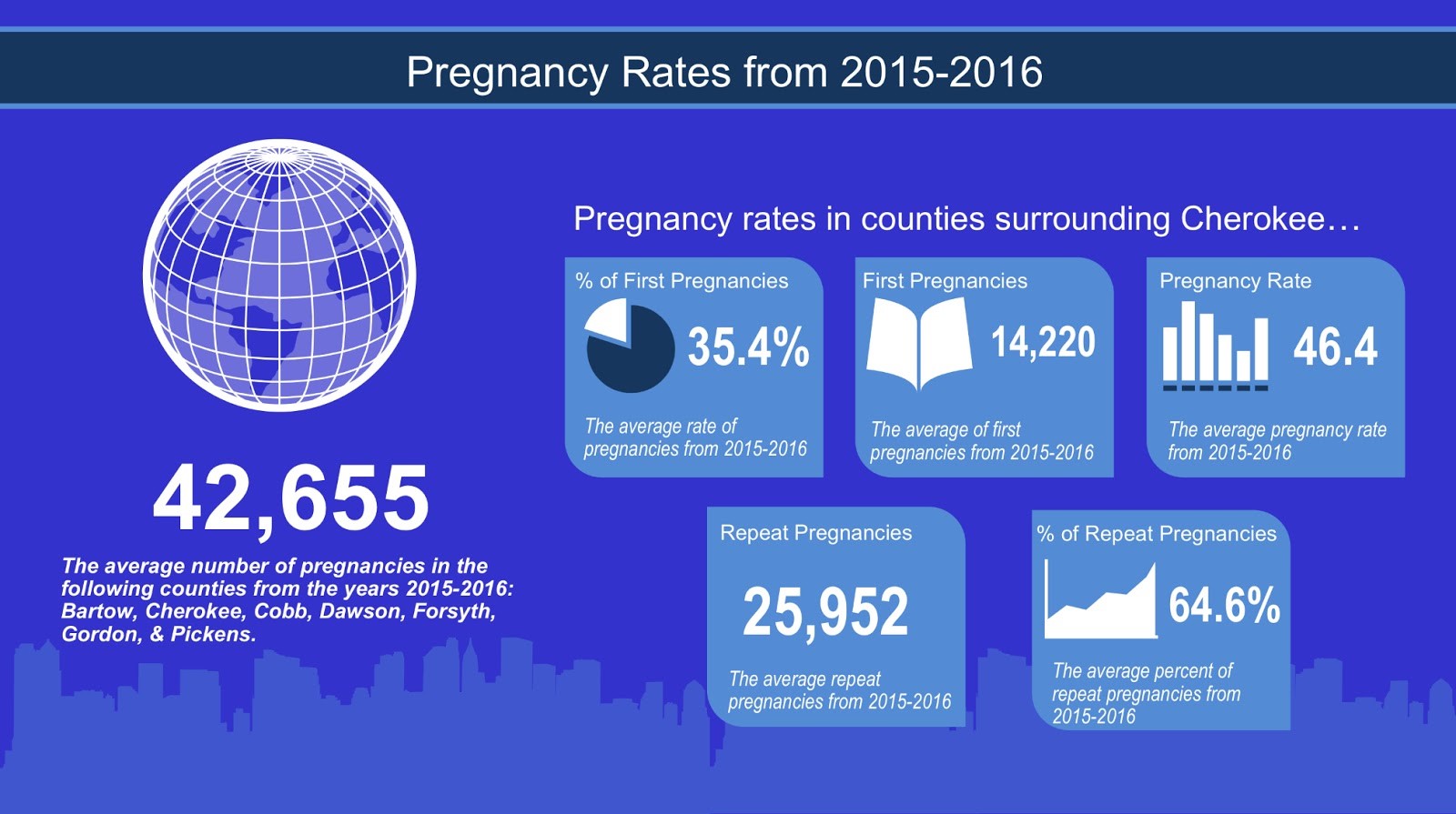 Pregnancy rates in the years 2015-2016 have risen slightly when compared to previous years. In 2015 and 2016 there were a total of 42,655 pregnancies in and around the surrounding counties of Cherokee and 329,635 pregnancies in all of Georgia. Even though there was an increase in births, according to CDC studies in 2015, teen … Continued

For the past decade, Georgia has consistently been among the highest ranking states when it comes to the number of sexually transmitted disease cases. This trend has been true for many states in the southeast region. Recent numbers from the Georgia Department of Public Health list the state as having high rates of chlamydia, gonorrhea … Continued